Cher Ami was a homing pigeon owned and flown by the U.S. Army Signal Corps in France during World War I. He helped save the Lost Battalion of the 77th Division in the battle of the Argonne, October 1918. In his last mission, he delivered a message despite having been shot through the breast, being blinded in one eye, covered in blood, and having a leg hanging only by a tendon. The bird was awarded the Croix de Guerre for heroic service delivering 12 important messages in Verdun, France.

The New York Bird Club requests that June 13 be declared as National Pigeon Day so that pigeons can be properly recognized as heroes.

In World War I, a pigeon saved the lives of many soldiers in the "Lost Battalion" of New York's 77th Division of the U.S. Army. This pigeon was Cher Ami. His name means "dear friend" in French. He saved the lives of many French soldiers by carrying a message across enemy lines in the heat of battle. Cher Ami was shot in the chest and the leg, loosing most of the leg to which the message was attached, but continued the 25 minute flight avoiding shrapnel and poison gas to get the message home. Cher Ami was awarded the French ‘Croix de Guerre’ for heroic service.

Another heroic pigeon named G.I. Joe saved the lives of a thousand soldiers in World War 2 after British troops had established a position within an Italian town that was due to be bombed by allied planes. Communication equipment was down and the only means of stopping the raid was to attach a hastily written message to G.I. Joe and send him to the HQ. G.I. Joe flew 20 miles in 20 minutes arriving at the air base whilst the planes were taxiing on the runway. G.I. Joe received the ‘Dickin’ medal for his bravery.

Cher Ami was a registered Black Check Cock carrier pigeon. He was one of 600 birds owned and flown by the United States Army Signal Corps in France during World War I. He delivered 12 important messages within the American sector at Verdun, France. On his last mission, Cher Ami was shot through the breast by enemy fire, yet he managed to return to his loft. A message capsule was found dangling from the ligaments of one of his legs that also had been shattered by enemy fire. The capsule contained a message from Major Charles Whittlesey. As commander of the “Lost Battalion” of the 77th Infantry Division, his troops had been isolated behind enemy lines without food and ammunition and they were beginning to receive fire from allied troops who didn’t know they were there. Cher Ami’s bravery paid off and just hours after the message was received, the 194 survivors of the battalion were returned safely to the American line.
Cher Ami was awarded the French "Croix de Guerre" with Palm for his heroic service between the forts of Verdun. In 1919 he died from the wounds he received in battle.
Cher Ami was inducted into the Racing Pigeon Hall of Fame in 1931 and received a gold medal from the Organized Bodies of American Racing Pigeon Fanciers in recognition of his extraordinary service during World War I. During a battle in France, the American soldiers found themselves surrounded by the enemy. Then they found themselves being fired on by their own side! They tried sending a message to their fellow troops by pigeon. The first message said, "Many wounded. We cannot evacuate." The pigeon carrying the message was shot down. They sent out a second bird with the message, "Men are suffering. Can support be sent?" That pigeon too was shot down. One homing pigeon was left-Cher Ami. His message was, "Our artillery is dropping a barrage on us. For heaven's sake, stop it!" The men of the Lost Battalion saw Cher Ami fly up-and then saw him shot down. Yet soon Cher Ami was airborne again. Hopes soared. Cher Ami's leg was shot off and and hanging from his ligaments was the message capsule. He also was hit by another bullet through the chest. Still, this bird kept flying. Cher Ami finally got through. The shooting stopped, and many lives (at least 200) were saved.

Cher Ami regrettably died on June 13 in 1919 as a result from his battle wounds, and was awarded the French Croix de Guerre with Palm for his heroism. He was then inducted into a hall of fame and received a gold medal for his service to America. He is on display at the National Museum of American History, Behring Center, in the Armed Forces History Hall. (see photo above).

A complete list of pigeons awarded
"THE DICKEN MEDAL"

Related articles: Homing Pigeons Wartime Accomplishements Celebrated on Anniversary of WW1 Battle
Posted by People for Pigeons at 11:57 AM

“Pigeons are often a city child’s first contact with nature and an elderly person’s only friend.”

There is a hero that deserves to be honored with a special holiday ~ this hero saved countless lives in World Wars I and II, and possesses a gentle nature and exemplary characteristics and traits, including loyalty and devotion to family. Yet, like many heroes, this particular one is often undervalued and disregarded and, worst of all, sometimes unfairly persecuted. It is time for the truth about this hero to be to be made known and celebrated. This hero is…..the Rock Dove, also known as the pigeon.

From the New Colonist:

Mayor Bloomberg, Make National Pigeon Day Official Anna Dove at the New York City Bird Club (yea I know, makes you wonder, like Ann Greathouse, real estate agent) wrote to remind us June 13th has been unofficially declared National Pigeon Day by the New York Bird Club. They're also asking New York Mayor Michael Bloomberg to make it official. June 13th is the day that Cher Ami, meaning "Dear Friend" in French departed the Earth. Pigeons have a noble history. As you will recall, Cher Ami (a pigeon) served several months on the front lines during the Fall of 1918. He flew 12 important missions to deliver messages. Perhaps the most important was the message he carried on October 4, 1918.

To an article on last year’s National Pigeon Day in America, on June 13, a reader named Nate Howard responded: "This may be the first I have ever ‘commented’ on a site. But I have to share this book with you all. It may be the best book I have ever read. It is called Gay-Neck. Newberry [sic] award winning book. Whatever your thoughts on pigeons and life are, they will be forever changed."
Read on......
-- thank you Rrishi, and we will be sure to look for the book.

London Blogger:
"What would be your dream day/event in London to post about? My dream event, and I think I speak for all London pigeons when I say this, would be our very own National Pigeon day. They did it in New York last year. Unfortunately, it was largely attended by freaks, which meant the NY pigeons were forced to give it a wide berth. Wouldn't be like that here. I'm thinking some kind of outdoor event, maybe in Trafalgar Square for old time's sake? I'm thinking free seed, maybe some foam? I'm thinking a kick arse party. A musical extravaganza. Shift focus from the do-gooder war hero pigeons like Cher Ami, not that Cher doesn't deserve a shout out; dedicate it to the urbans instead. The real heroes. We deserve it. Just for one day, let us bring a little of that pigeon magic back to the Square. Will Young could host it. Sure he’d be up for it. Maybe have The Pigeon Detectives do a set, or The Kooks?"
Hey...thanks Brian! 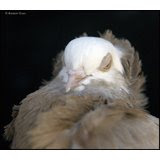 Thank you Robyn for organizing this MeetUp.
Check it out here! 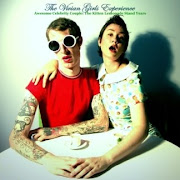 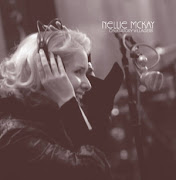 A Day to Root for the 'Underbird'
New York Times

Curbed
The Day of the Squab

People for Pigeons
New York, NY, United States
People for Pigeons is concerned with the protection and preservation of mankind's oldest domestic bird, the gentle and loyal pigeon. We strive to promote pro-pigeonism, eliminate pigeon persecution and prejudice and support their positive portrayal in society.